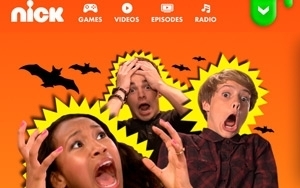 Google and Viacom are asking a federal judge to throw out a lawsuit accusing the companies of violating children's privacy rights by allegedly collecting personal data from visitors at Nick.com and other sites.

The potential class-action lawsuit, which was brought in 2012 on behalf of a group of children, stems from allegations that Viacom allows Google to set tracking cookies on Nick.com, Nickjr.com and Neopets.com.

The users allege that Viacom is violating several laws, including the federal Video Privacy Protection Act, which prohibits video rental companies from disclosing personally identifiable information. They plaintiffs also accuse both companies of violating a New Jersey state law regarding computer crimes, and of “intrusion upon seclusion.”

In July, U.S. District Court Judge Stanley Chesler in New Jersey threw out an earlier version of the case. But that ruling was issued “without prejudice,” meaning that the children's lawyers could amend their allegations and try again.

The plaintiffs did so in August. Now, Google and Viacom are asking Chesler to dismiss the lawsuits with prejudice, which would prevent the users from bringing the complaint again.

Viacom argues in papers filed last week that users' allegations regarding the use of tracking cookies don't support a violation of the video-privacy law. The company specifically says that cookies don't contain any personally identifiable information. “Plaintiffs do not allege that the information that Viacom collected or disclosed -- without more -- identified them or could have identified them,” Viacom argues in its motion for dismissal.

The company points to a recent decision in a separate video-privacy lawsuit against Hulu. In that case, U.S. Magistrate Judge Laurel Beeler in San Francisco ruled that online video company Hulu potentially violated the Video Privacy Protection Act by sharing information about users with Facebook. Hulu allegedly sent cookies that contained a Facebook ID to Hulu; those Facebook IDs revealed the screen names people use on Facebook.

Viacom and Google both are urging Chesler to also dismiss the other allegations, including ones relating to “intrusion upon seclusion.” Google says in its papers, also filed last week, that those types of claims are viable only if users allege “highly offensive” privacy violations.

“Google uses cookies in online advertising; so does virtually every other online advertiser,” the company argues. “There is nothing offensive about that common practice, which provides tremendous benefits to consumers and advertisers alike.”