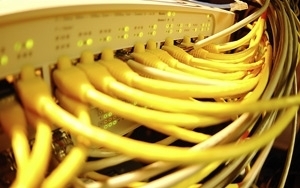 Dozens of tech companies are warning policymakers that reclassifying broadband service as a utility would threaten the economy.

“Based on our experience and business expertise, we believe that our companies and our employees — like the consumer, businesses and public institutions that depend on ever-improving broadband networks — would be hurt by the reduced capital spend in broadband networks that would occur if broadband is classified under Title II,” the businesses said on Wednesday in a letter to Congress and the Federal Communications Commission.

Companies that are signing the letter include Cisco, Ericsson, Panasonic and Sandvine.

The letter comes one month after President Barack Obama publicly urged the FCC to classify broadband as a utility service, which would be regulated under Title II of the Telecommunications Act. Many Net neutrality advocates have said the FCC must do so in order to impose the kinds of regulations that would prohibit providers from creating paid fast lanes.

But the tech companies opposing the move warn that it marks a “dramatic reversal in policy” that would “stifle growth across the entire economy.”

“This is not idle speculation or fear mongering,” they write. “As some have already warned, Title II is going to lead to a slowdown, if not a hold, in broadband build out, because if you don’t know that you can recover on your investment, you won’t make it.”

The companies add that a slowdown in investment by Internet service providers would “flow downstream, landing first and squarely on technology companies like ours, and then working its way through the economy overall.”

The FCC has been trying to craft new broadband regulations since January, when a federal appellate court struck down the previous Net neutrality rules. FCC Chairman Tom Wheeler initially proposed rules that would have allowed Internet service providers to charge content companies extra for faster delivery of their material, as long as the deals were “commercially reasonable.”

That proposal drew a record-breaking 3.9 million comments, many of which were critical of any regulations that would endorse paid fast lanes. Wheeler initially said the agency would move forward with broadband regulations by the end of the year.

But after Obama weighed in against Wheeler's original proposal, he said the commission needs more time to study the legal issues involved in reclassifying broadband as a utility. The agenda for the FCC's last meeting of the year, which will take place on Thursday, doesn't include any items about Net neutrality regulations.