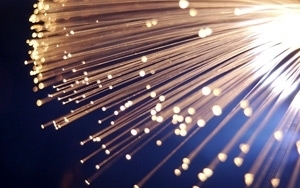 Google is telling the Federal Communications Commission that reclassifying broadband service as a utility could help the company build out its Gigabit fiberoptic network.

Google says in a letter sent to regulators late last year that it currently lacks the right to access to utility poles, which are controlled in many locales by incumbent telecoms and cable companies. But if the FCC classifies broadband as a utility, the service will be covered by Title II of the Telecommunications Act, which contains a provision giving utility companies the right to access infrastructure for a fee.

The FCC currently is readying new broadband regulations aimed at preserving Net neutrality principles. Among other options, the FCC is considering whether to reclassify broadband as a Title II utility service — a step that is seen as necessary for the agency to impose the same kinds of common carrier regulations that prohibit telephone companies from discriminating when putting through calls.

President Obama said in November that he supported classifying broadband service as a utility, as do numerous consumer advocates. But many telecoms and cable companies say they oppose that prospect. Verizon, which already sued to vacate prior broadband regulations, has vowed to take the FCC to court if the agency moves forward with a reclassification.

Google, which currently offers 1 Gigabit fiberoptic service in areas of Kansas City, has been relatively quiet during the debate about Net neutrality regulations. Until last week, the company's best publicized statement on the matter came via a filing from the trade group Internet Association, which counts Google as a member. That organization asked the FCC to prohibit broadband providers from degrading or blocking content, and from charging companies extra fees for speedy delivery. But it stopped short of urging the FCC to reclassify broadband.

Even if the FCC decides to treat broadband as a utility, the agency is expected to pick and choose which of the various Title II provisions are appropriate for Internet service.

Google argues in its letter that the FCC should retain the provision giving access to utility poles, if it reclassifies broadband. The company says that refusing to apply that provision would preserve a “a substantial barrier to network deployment by new providers such as Google Fiber.”

The FCC is expected to vote next month on Net neutrality rules.