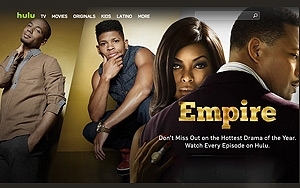 Hulu has defeated a lawsuit alleging that it violated Web users' privacy rights by automatically transmitting the titles of videos they watched to Facebook.

In a ruling issued on Wednesday, U.S. District Court Judge Laurel Beeler awarded Hulu summary judgment on the grounds that it didn't realize that Facebook potentially could link its users with the Hulu videos they watched. “There is no evidence that Hulu knew that Facebook might combine a Facebook user‘s identity ... with the watch-page address to yield 'personally identifiable information,'” Beeler wrote in a decision awarding Hulu summary judgment.

The decision stems from a lawsuit alleging that Hulu ran afoul of the federal Video Privacy Protection Act, a 1988 law that prohibits movie rental companies from disclosing information about which videos people watch. Congress passed the law after a newspaper in Washington obtained and published the video rental records of Supreme Court nominee Robert Bork.

A group of consumers alleged in a class-action complaint that Hulu wrongly shared information with Facebook via the “Like” button, which loads automatically when users watch video on Hulu.com. Between April of 2010 and June of 2012, the “Like” button was configured so that it transmitted titles of the videos that people watched to Facebook's server -- regardless of whether users clicked the button to indicate that they “liked” the clips.

Hulu countered in its court papers that placing a social widget on its site isn't comparable to handing a newspaper reporter information about the videos watched by a Supreme Court nominee. The company also argued that there wasn't any evidence it knew that adding Facebook's “Like” button to Hulu.com would result in the transmission of information about users to Facebook -- which was accomplished via cookies.

Beeler sided with the company on that point. “The user‘s identity and that of the video material were transmitted separately (albeit simultaneously),” she wrote. “By sending those two items Hulu did not thereby connect them in a manner akin to connecting Judge Bork to his video-rental history.”

Hulu isn't the only online company hit with lawsuits for allegedly violating the 27-year-old video privacy law. Other video providers -- including Dow Jones, The Cartoon Network and CNN -- also have been sued for allegedly transmitting the type of information that can be used to piece together users' identities with the videos they have seen.

So far, trial judges have dismissed cases against Dow Jones and The Cartoon Network. The consumers who brought those lawsuits are asking appellate courts to reinstate the cases.