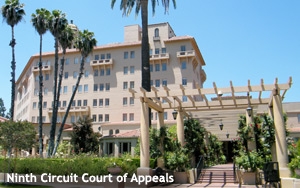 AT&T is seeking to immediately appeal an order allowing the Federal Trade Commission to proceed with a lawsuit over the company's practice of throttling some wireless users.

The company says the 9th Circuit Court of Appeals should decide whether the FTC has the authority to bring an enforcement action regarding broadband service, given that the Federal Communications Commission recently reclassified broadband as a common carrier service.

“Certifying an immediate appeal of the threshold issue of the FTC’s authority would allow that question to be adjudicated to conclusion and, if it is determined that the FTC lacks authority, will enable the court and the parties to avoid unnecessarily expending substantial resources litigating the merits,” the company says in a motion asking U.S. District Court Judge Edward Chen to send the matter to the 9th Circuit Court of Appeals.

The motion is the latest twist in a legal battle dating to October, when the FTC alleged that AT&T's practice of slowing the broadband speeds of mobile users who pay for unlimited data is unfair and deceptive. The charges stem from AT&T's 2011 throttling policy, which allows the company to slow the mobile broadband speeds of “unlimited” customers who exceed a data cap. Since implementing the policy, the company has slowed down more than 3.5 million customers, according to the FTC.

AT&T began throttling unlimited users soon after introducing tiered billing plans, which require customers to pay for a monthly allotment of data. The wireless provider still allows longtime users who previously had unlimited plans to avoid tiered billing, but slows some of them down after they hit a cap of either 3GB a month for customers on the 3G and HSPA+ networks, or 5 GB a month for people using the LTE network.

Chen agreed with the agency. “When this suit was filed, AT&T’s mobile data service was not regulated as common carrier activity by the Federal Communications Commission,” Chen wrote in a 25-page ruling issued lat month. “Once the Reclassification Order of the Federal Communications Commission (which now treats mobile data serve as common carrier activity) goes into effect, that will not deprive the FTC of any jurisdiction over past alleged misconduct as asserted in this pending action.”

AT&T says that allowing it to immediately appeal that order would be more efficient than proceeding to trial and then appealing. “The Ninth Circuit should have the opportunity to review this grant of authority before AT&T is forced to endure the obligations and expense of discovery and trial,” the company argues.