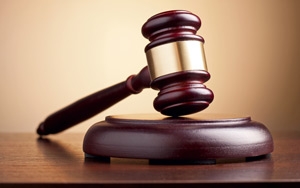 Consumers who are suing Turn for allegedly tracking them with “supercookies” created by Verizon say a federal judge should reject the company's bid to send the case to arbitration.

The consumers argue in new court papers that their subscriber agreements with Verizon -- which call for arbitration of disputes -- aren't relevant to their lawsuit against Turn. “Plaintiffs do not raise any claims against Turn that depend on their contracts with Verizon,” the consumers argue in papers filed on Friday with U.S. Ditrict Court Judge Jeffrey White in the Northern District of California. “Nothing in the Verizon contracts alerted Plaintiffs to Turn’s existence, much less to the possibility that they would have to arbitrate claims against Turn.”

The legal battle dates to April, when Verizon users Anthony Henson and William Cintron sued Turn for tracking their Web activity by drawing on headers that the telecom injects into mobile traffic. The controversial “unique identifier headers,” called UIDHs, enable ad companies to compile profiles of users and serve them targeted ads. The UIDHs also are known as “supercookies” and “zombie cookies” because they allow ad companies to recreate cookies that users delete.

Last month, Turn asked White to dismiss the matter from court and send the case to an arbitrator, arguing that Verizon's contract with mobile users requires arbitration of all disputes. Verizon backs that position, arguing in a friend-of-the-court brief that the matter doesn't belong in court.

Henson and Cintron counter that their dispute is with Turn, not Verizon. “Until Turn’s monitoring activities received broad public scrutiny, plaintiffs had never heard of Turn,” they say in their papers.

“Verizon’s contract does not alert plaintiffs that they might have to arbitrate claims against a third party such as Turn,” the consumers add.