Poll Finds Exodus From National To Store Brands Is Slowing 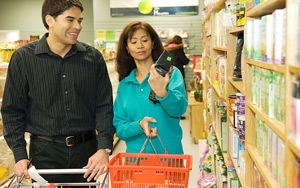 National brands have been losing pace with private label since the recession, but the trend may be slowing, according to the American Pantry Study, an annual review of 354 brands across 34 product categories, commissioned by Deloitte LLP.

The study finds that while nearly three-quarters of consumer packaged goods brands have declined in consideration, the trend is not favoring store-branded private-label products nearly as strongly as it has in prior post-recession years.

The study, based on a January online poll of 4,013 consumers, finds that 43% of respondents view store brands as a sacrifice, which is a 10 percentage-point increase versus last year; and 65% indicate they are more open to trying store-branded products, versus 73% last year.

When it comes to impulse buys, nearly 90% of shoppers said they are driven by discount pricing to buy what they don't necessarily need. And 81% said they bought a product on impulse because they remembered having seen it; and 63% because they wanted to try a new product.

Health, convenience and innovation are huge conversion drivers, with nearly 90% of the people polled saying when they perceive a product as convenient and healthy, they are attracted and a quarter of consumers say they are willing to spend 10% more for healthier products. The same holds for new, or innovative versions of a product. One-third will do so for a "craft" version of food or beverages, per the study.

Barb Renner, vice chairman at Deloitte and head of its consumer products division, said in a statement on the study that the post-recessionary frugality trend may be ending. “Brands that get things right can use the economy’s momentum to regain their place on consumers’ shelves, but those that move too slowly could very well be left behind.”

Innovating digital marketing is a key means of doing that. The study finds more consumers doing product research on digital channels, with more than half of consumers using digital tools to do so, up from 45% last year, and ahead of the 48% who use digital tools just to compare prices. Nearly 40% of consumers polled said they use devices to make shopping lists or meal plans.