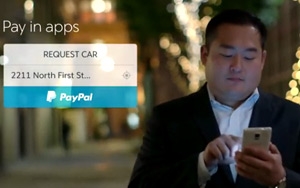 PayPal is revising its upcoming terms of service to clarify that consumers need not agree to receive autodialed calls or SMS ads, the company said on Monday.

“We will not use autodialed or prerecorded calls or texts to contact our customers for marketing purposes without prior express written consent,” Senior Vice President and General Counsel Louise Pentland said in a blog post. “We respect our customers’ communications preferences and recognize that their consent is required for certain autodialed and prerecorded calls and texts,” she wrote.

Pentland added that the company's prior notice about the upcoming changes to its terms of service “used language that did not clearly communicate how we intend to contact” consumers.

The move comes several weeks after the Federal Communications Commission warned PayPal that an earlier version of its upcoming terms of service -- slated to take effect July 1 -- might violate the Telephone Consumer Protection Act. That law restricts companies' ability to send SMS messages to consumers without their explicit consent.

The earlier version of PayPal's upcoming user agreement required consumers to consent to receiving robocalls or automated texts as a condition of using the service. After that provision drew attention, the company said that people could opt out of receiving robocalls and texts by logging into their accounts and contacting customer service.

But forcing people to agree to receive robocalls or texts -- even if they can later opt out -- appears to violate the Telephone Consumer Protection Act, according to FCC Enforcement Bureau Chief Travis LeBlanc. He warned the company in June that the agency's rules implementing the Telephone Consumer Protection Act prohibit companies from requiring that consumers consent to receiving autodialed calls or texts. The rules also obligate companies to tell consumers they need not consent to robocalls and texts.

Two weeks ago, four Democratic lawmakers urged the company to back away from the proposed changes to the user agreement. “Consumers should not have to agree to submit themselves to intrusive robocalls in order to use a company's service,” Sens. Ed Markey (D-Mass.), Al Franken (D-Minn.), Ron Wyden (D-Ore.) and Robert Menendez (D-N.J.) said in a June 16 letter to PayPal.

On Monday Markey and Franken praised PayPal for revising the terms. “I hope this reversal sends a clear message to other companies -- consumers should not have to agree to submit to intrusive robocalls in orders to use a company’s service,” Markey said in a statement