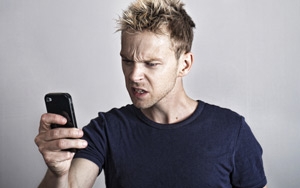 An Alabama resident who subscribes to AT&T's “unlimited data” wireless plan has sued the company for allegedly slowing down her mobile broadband service.

“This is an action seeking redress for unfair conduct,” Shannon Lilienthal alleges in a class-action complaint filed last month in U.S. District Court in the Northern District of Alabama. She alleges that AT&T violated its agreement with subscribers by throttling them, and that the telecom misrepresented its practices.

In 2011 AT&T began automatically throttling people with unlimited data after they hit a cap of either 3GB (for customers on the 3G and HSPA+ networks) or 5 GB a month (for people using the LTE network). In some cases, AT&T allegedly slowed connections to 512 Kbps, preventing them from using features like video streaming, mapping applications and video chat apps.

AT&T recently stopped automatically throttling unlimited customers who exceed the cap, but still slows down some of them when the network is congested.

Lilienthal, who pays $30 a month for unlimited data, says in her complaint that her broadband speeds decreased toward the end of each billing cycle.

“The reasons were unclear, until recently,” she says, adding that she only learned of AT&T's throttling program in June, when the Federal Communications Commission proposed fining the company $100 million for failing to adequately disclose its policies.

An AT&T spokesperson says the company has been “fully transparent with our customers, providing notice in multiple ways and going well beyond the FCC’s disclosure requirements."

The telecom also faces a lawsuit by Federal Trade Commission, which alleged in a complaint filed last year that the company deceived people by offering them “unlimited” data, but then throttling them when they consumed more than a fixed amount.