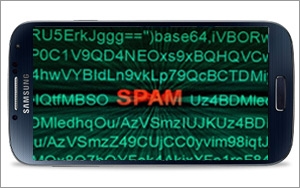 The trade group says in a lawsuit filed on Monday that the rules are “arbitrary” and “capricious,” and that the FCC exceeded its authority in passing them. The organization is asking the D.C. Circuit Court of Appeals to vacate the FCC's order, which was passed by a 3-2 vote and officially released on Friday.

The FCC's most recent order contains several provisions that could make it harder for those companies and others to defend themselves.

The ACA says in its court papers that the decision to limit companies to one call to a reassigned number was “arbitrary, capricious, and an abuse of discretion, and does not comport with a caller's constitutional right of due process.”

The organization wants the appellate court to require the FCC to either “establish a viable safe harbor” for reassigned numbers, or to declare that companies only violate the law if the intended recipients didn't consent to receive texts or robocalls.

The ACA also objects to the FCC's definition of “autodialer” as equipment capable of generating, storing or calling phone numbers automatically -- even if equipment actually is used to call numbers from a list.

FCC Chairman Tom Wheeler said in a statement issued on Friday that the rules “interpret the TCPA in a commonsense way that benefits both callers and consumers.”

But Republican FCC Commissioner Ajit Pai, who voted against the recent order, warned in a written dissent issued on Friday that the rules will make it easier for class-action lawyers to “abuse” the Telephone Consumer Protection Act.

“Rather than focus on the illegal telemarketing calls that consumers really care about, the Order twists the law’s words even further to target useful communications between legitimate businesses and their customers,” he stated. “This Order will make abuse of the TCPA much, much easier. And the primary beneficiaries will be trial lawyers, not the American public.”