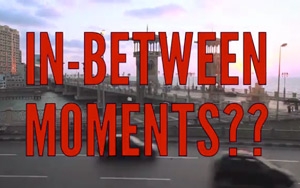 Sometimes it's the little moments that mean the most, and LG Electronics Mobilecomm wants to help artists and other content creators show them off.

Partnering with actor Joseph Gordon-Levitt and his production company HitRECord, the company is looking to celebrate and support creative content creators (and their work) throughout the world, says Frank Lee, director of communications and account marketing at LG Electronics Mobilecomm. The company will support a variety of projects throughout the year, as well as lend its technology products for creative use and help the production house improve its own use of technology.

“LG is committed to helping all people — not just artists — make and share meaningful moments,” Lee tells Marketing Daily. “HitRECord’s core values are based on that premise — the community is open to virtually anyone that has something to share — so we felt it was such an organic partnership, and we’re excited to see the results of our collaborative efforts.”

The first project in the partnership is a short-film that focuses on the “In-Between Moments” of life. Levitt explains it in an online video: “[It’s] those moments in your life that are in-between — whether you’re, like, waiting for something to start, you’re on your way somewhere,” he says. “These moments are the kind of thing that if you blink, you miss them. They can be really beautiful. They can be unpredictable, fleeting. But you find, when you’re going to sleep at night, those are the things you remember.”

Levitt goes on to encourage members of the HitRECord community to use their phones in those moments to capture what’s around them and submit them to the site to “turn little pieces of art into a larger piece of art.” “It’s a good thing a tech company will be supporting a short film like this, because often times in these in-between moments in our lives what we do first is reach for a phone,” Levitt says.

The partnership, according to the company, is meant to further the company’s position that technology innovation can be used to create better stories, as evidenced by the advanced camera on its recently launched G4 smartphone. Both LG and HitRECord will promote the “In-Between Moments” film and other projects through their social channels, Lee says.