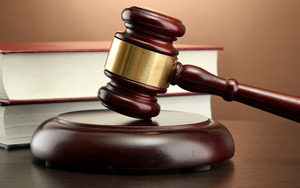 Google should not have been allowed to settle a privacy class-action by agreeing to donate money to organizations it already supports, activist Theodore Frank argues in papers filed on Friday with a federal appellate court.

Frank, founder of the Washington-based Center for Class Action Fairness, is urging the 9th Circuit Court of Appeals to vacate the $8.5 million settlement, which was approved in April by U.S. District Court Judge Edward Davila in San Jose, California. The deal resolved a 2010 lawsuit alleging that Google “leaked” the names of search engine users to outside companies.

The settlement requires Google to pay around $6 million to six nonprofits -- Carnegie Mellon University, World Privacy Forum, Chicago-Kent College of Law, Stanford Law, Harvard's Berkman Center and the AARP Foundation -- and more than $2 million to the attorneys who brought the lawsuit.

Google is known to have previously donated money to all of those groups except the World Privacy Forum, according to Frank.

"This was not really an “$8.5 million” settlement, but a $2.1 million settlement (payment to attorneys) with a change in accounting entries for another $6 million of Google money from its every-day charitable donations to a ... settlement fund," Frank argues.

He also contends that Davila should have rejected the settlement on the grounds that lawyers for the plaintiffs graduated from three of the groups receiving the funds.

Another problem with the settlement, according to Frank, is that none of the money went to search engine users who were affected by Google's practice. He says that Google and the lawyers for the plaintiffs shouldn't have "skipped over any attempt to provide benefit to the class and simply spent the settlement money on third parties."

Davila ruled last year that individual payouts weren't necessary, given that more than 100 million people might have been affected by the alleged data leaks.

The litigation centered on allegations that Google violated its privacy policy by including search queries in "referrer headers" -- the information that is automatically transmitted to sites that users click on when they leave Google. Some queries, like people's searches for their own names, offer clues to users' identities.

The settlement agreement doesn't require Google to change its practices. Instead, it calls for the company to rework its privacy policy.

As a practical matter, Google revised its policies since the lawsuit was initially filed. The company no longer transmits search queries when people click on organic search links, but still sends queries to AdWords advertisers, when users click on paid-search ads.

Advocacy groups including the Electronic Privacy Information Center and Consumer Watchdog criticized the deal when it was first announced. The organizations argued in a September 2013 letter to Davila that the settlement would allow the company to continue leaking users' names and other personal information to publishers.

Last August, Davila reportedly indicated that he was troubled by some of those points, saying at a hearing that the deal “doesn’t pass the smell test.”

But he ultimately decided that the deal was appropriate, writing that there was “no indication that counsel’s allegiance to a particular alma mater” played a role in selecting fund recipients.