Marketer Sued By FTC For Trying To Suppress Bad Reviews 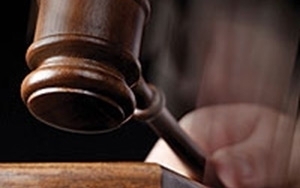 Attempting to prevent consumers from posting reviews can be an unfair business practice, according to the Federal Trade Commission.

The agency alleges in a new lawsuit that the Sarasota, Florida-based Roca Labs violated federal law by including non-disparagement clauses in its terms of service.

"Defendants have warned purchasers, through package inserts included in product shipments, that they agreed not to write any negative reviews about the defendants or their products and would owe defendants hundreds of dollars should they do so," the FTC alleges in a complaint filed in U.S. District Court in Florida.

The agency adds that attempts to prohibit purchasers "from speaking or publishing truthful or nondefamatory negative comments or reviews" is an unfair practice.

The FTC filed the complaint on Thursday and publicly unveiled it on Monday. Roca Labs has already agreed to follow a temporary restraining order that prohibits it from engaging in a variety of practices, including retaliating against consumers who comment online. That order will expire on Oct. 28.

Roca Labs, which touts its weight-loss products as more effective than gastric bypass surgery, allegedly said in a prior version of its sales terms (sent in package inserts and also available online) that any Web reviews would be considered defamatory. The company also told consumers that they would be subject to $100,000 in damages for posting reviews, according to the FTC.

According to the FTC, Roca Labs went beyond simply including gag orders in the terms of service: The company actually sued some people who complained about the company.

While the agency doesn't name any specific cases, a search of federal court's online records showed it has been involved in several recent lawsuits. Among others, in 2014 Roca Labs sued a Pennsylvania resident and an Illinois resident who both allegedly posted public complaints about the products on Web sites operated by the Better Business Bureau. Roca Labs dropped that lawsuit last December.

The complaint against Roca Labs also includes allegations that the company didn't disclose that it paid users to post positive reviews, and that it violated consumers' privacy by disclosing their personal health information in court filings and other documents.

While the FTC has brought other enforcement actions regarding marketers' use of social media, the lawsuit against Roca Labs appears to mark the first time the agency has alleged in a lawsuit that suppressing commentary is in itself an unfair practice.

"The FTC is certainly taking its enforcement to the next level," says Jeffrey Greenbaum, an advertising lawyer with Frankfurt Kurnit Klein & Selz.

He adds that the complaint against Roca Labs reflects the FTC's recognition that online reviews "have become extremely important to consumers."

To prove that Roca Labs engaged in "unfair" conduct, the FTC will have to show that the company's non-disparagement clauses caused substantial harm to consumers, Greenbaum says. The FTC's theory appears to be that Roca Labs harmed consumers by creating "an online ecosystem that overemphasizes the positive reviews and prevents the negative reviews from getting out there," he says.

Greenbaum adds that there is reason for other marketers to be wary when the FTC charges a company with engaging in "unfair" conduct, largely because that concept isn't as clearly defined as "deceptive" conduct. The latter involves false statements by marketers to consumers.

"The concern with the FTC using unfairness is, how far will they push it," he says.

Santa Clara University law professor Eric Goldman, a vocal critic of contracts with no-disparagement clauses, says in an email to MediaPost that those types of clause "are an abuse of contracting power and damage the efficient functioning of the marketplace."

But Goldman adds that the "ambiguity and potentially open-ended nature" of the concept of FTC's authority over "unfair" conduct is cause for concern. "As a result, I favor a federal statute banning businesses from using 'gag' contracts rather than relying on ad hoc 'unfairness' enforcement actions from the FTC," he says.

ftc, online reviews
1 comment about "Marketer Sued By FTC For Trying To Suppress Bad Reviews".
Check to receive email when comments are posted.
Next story loading