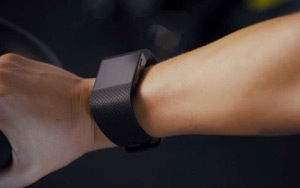 The craze over fitness trackers may have reached a plateau, but those that are wearing them are beginning to use them to make changes not just in their fitness, but in reporting their overall health.

According to a survey from The Deloitte Center for Health Solutions, 28% of consumers have used technology to measure their fitness and health goals (up from 17% in 2013) and 23% have used technology to monitor a health issue (up from 15% in 2013). Of those using those technologies, 60% say it led to a significant change in their behavior, and 40% have shared the information from their devices with their doctors. Meanwhile, 13% of respondents who take prescription drugs receive electronic reminder alerts, and more than half expressed interest in using technology for medical prompts.

While those findings are encouraging, the bigger question is how to get even more people to use the devices on a regular basis, and how to get that information to their physicians, says Dr. Harry Greenspun, director of the Deloitte Center for Health Solutions.

Though the fitness tracker industry has done a good job connecting with consumers’ innate competitiveness (with points, lights, contests, social updates and what not), there’s still no way for the health care industry to turn that information into something useful or actionable, Greenspun says.

“They have to be usable by a broad swath of the population and not [just] super-tech-savvy folks,” he says. “What the industry is looking for is evidence that the stuff we’re measuring shows us some sort of achievement. Having a fitness app on my phone doesn’t mean I’m an athlete.”

The use of technology for healthcare is only going to increase, however. According to the report, 22% of respondents used technology to access, store and transmit health records in the past year, up from 13% in 2013. (For those with major chronic conditions, the response was higher: 32% in 2014, compared with 19% in 2013.) More consumers are also going online for care, led by Millennials, and conferring with doctors via e-mail, texting or video has also doubled in the past two years.