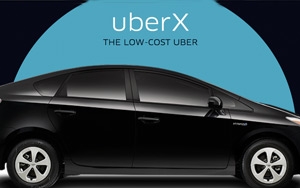 Are digital car services like Uber and Lyft hurting new car sales? Could be. Market research firm Frank N. Magid Associates has released the results of a national survey conducted among 2,000 adults 18-64 years of age, which suggests that people who use Uber aren't so keen on owning their own set of wheels.

The study, based on a survey of 1,988 consumers between the ages of 18 and 64 in late July and early August, finds that U.S. Uber users have risen in number from 5% last year to 18% this year. It reports that of the 18% of survey respondents who reported having used Uber in the last year, 22% say they are likely to hold off on buying a new car because of the service.

Andrew Hare, director of digital research and strategy at Magid, the author of the study, said in a statement: “It’s rare that a brand transforms the way we live in such a short amount of time but that's exactly what Uber has done.” He says that will continue as it redefines transportation with innovations like UberX and UberPOOL. “Even if only a modest number of consumers begin to prioritize car ‘sharing’ over ownership the car industry is in trouble.”

Mike Vorhaus, president, Magid Advisors, tells Marketing Daily that the company spotlighted Uber, avoiding other online car service companies like Lyft, because of the survey sample size and and the relative share that Uber enjoys.

One would assume, however, that since Uber users are urban, the results would reflect a lifestyle, not the influence of Uber, since they would be less inclined to own a car in the first place. But Vorhaus notes that the survey is worded to identify only those who had been considering buying a car already: “Are you delaying or holding off on the purchase of a car because of Uber?”

He says the firm will probably add ZipCar to the conversation next year, although “I would also guess that the guy who does Zip is also the guy using Uber.” In any case, the study could mean a slice out of the new car market in urban regions over the next few years. “Our basic point of view is that people will press an attitude well before they will conduct that action. We are looking at a few years, not a tomorrow.”