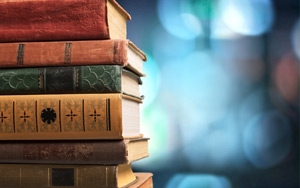 Handing Google a victory, the 2nd Circuit Court of Appeals said on Friday that the company's book-scanning project, which involves digitizing books and displaying snippets in the search results, is protected by fair use principles.

"The purpose of the copying is highly transformative, the public display of text is limited, and the revelations do not provide a significant market substitute for the protected aspects of the originals," U.S. Circuit Court Pierre Leval wrote for the three-judge panel. "Google’s commercial nature and profit motivation do not justify denial of fair use."

The Authors Guild indicated that it will seek to appeal the ruling to the U.S. Supreme Court. "We are very disheartened that the court was unable to understand the grave impact that this decision, if left standing, could have on copyright incentives and, ultimately, our literary heritage," Executive Director Mary Rasenberger said in a statement.

Google's battle with the Authors Guild dates to 2005, when the Authors Guild alleged that the search company infringed copyright with its ambitious initiative to digitize library books and make short snippets available to searchers. The Authors Guild said Google didn't have the right to make copies of books under copyright, without the owners' permission.

The appellate judges rejected that theory on the grounds that Google's project was "transformative."

"The purpose of Google’s copying of the original copyrighted books is to make available significant information about those books, permitting a searcher to identify those that contain a word or term of interest, as well as those that do not include reference to it," the opinion states. "In addition ... Google allows readers to learn the frequency of usage of selected words in the aggregate corpus of published books in different historical periods."

The ruling builds on a decision issued by the 2nd Circuit last year, when the appellate ruled that libraries that digitize books in order to make them searchable don't infringe copyright.

Unlike Google, however, the HathiTrust didn't display snippets of books online. The HathiTrust also is a non-commercial venture.

But even with those differences, Google still made fair use of the original books, according to the court.

"Google’s division of the page into tiny snippets is designed to show the searcher just enough context surrounding the searched term to help her evaluate whether the book falls within the scope of her interest (without revealing so much as to threaten the author’s copyright interests)," Leval wrote. "Snippet view thus adds importantly to the highly transformative purpose of identifying books of interest to the searcher."

The judges added that for-profit companies are protected by fair use if they're copying is transformative.

"Many of the most universally accepted forms of fair use, such as news reporting and commentary, quotation in historical or analytic books, reviews of books, and performances, as well as parody, are all normally done commercially for profit," Leval wrote.

The Authors Guild suggested it will argue to the Supreme Court that the 2nd Circuit gave too much weight to whether Google's copying was "transformative," and not enough weight to other factors that judges traditionally consider -- including how much of the original work was copied, and the potential market effect.

"We trust that the Supreme Court will see fit to correct the Second Circuit’s reduction of fair use to a one-factor test -- whether the use is, in the court’s eye, ‘transformative,’” Rasenberger stated.

Several years ago Google and the Authors Guild agreed to settle the lawsuit, but Chin scuttled the proposed deal due to antitrust concerns. That agreement would have allowed Google to create a new book registry and sell digital downloads at prices it set with the registry. That settlement also would have immunized Google -- but no other companies -- from copyright infringement liability for digitizing orphan works, or books under copyright whose owners can't be found.

Advocacy group Public Knowledge praised Friday's ruling as a "victory for the public."

"Researchers can now spend seconds, not lifetimes, searching through libraries across the world to identify relevant books. If copyright law is truly intended ‘to promote the progress of science and the useful arts,’ then this is precisely the kind of access-enhancing use it should permit," policy counsel Raza Panjwani said in a statement. "The opinion also puts to rest two pervasive misconceptions about copyright law: that digitizing or copying an entire work is always a violation of the law regardless of purpose, and that the mere existence of a licensing market eliminates the possibility of a fair use."