It’s been awhile since we checked in with the team at independent trading desk Accordant Media, so I was delighted when Founder-CEO Art Muldoon offered a scoop on their third-quarter marketplace report. It doesn’t make up for raiding former Real-Time Daily Editor Tyler Loechner, but we’ll take our scoops anywhere they come from. Seriously, the report has some key insights. 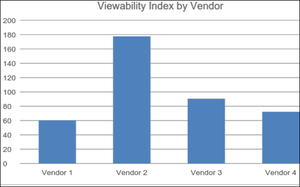 4 comments about "The Eye Of The Beholder (This One's A Beaut!)".
Check to receive email when comments are posted.
Read more comments >
Next story loading