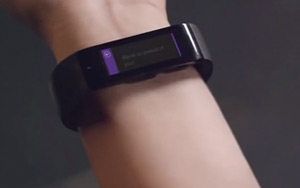 Fitness trackers and smartwatches will remain a hot item through the holiday season, particularly as consumers become more familiar with what’s available and make a distinction between the two product lines.

The NPD Group is forecasting at least a 4% increase in ownership of wearable devices (which include activity trackers and smartwatches) during the fourth quarter of this year. Activity tracker sales (excluding smartwatches) have already increased 120% for the first eight months of the year (through August 2015), from $344 million to $755 million, according to the company.

“That level of growth is sizable compared to the existing base [of ownership],” Ben Arnold, executive director and industry analyst for consumer electronics at The NPD Group, tells Marketing Daily.

The continued growth comes as consumer awareness of the products has increased dramatically over the past two years. In November 2013, only about 30% of the U.S. market was aware of activity trackers. Now, more than 82% of consumers are aware of the devices. (Fitbit remains the leader in the category, increasing ownership by 13% since February 2015, and being the only brand consumers request by name on a regular basis.)

“[Fitbit] has the brand recognition and they’ve been able to grow their appeal outside of early adopters,” Arnold says.

In addition, Apple’s entry into the smartwatch category is contributing to a separation in consumers’ minds about activity trackers versus smartwatches. The Apple Watch, Arnold says, has demonstrated the category’s expanded functionality.  “The Apple Watch announcement has done a lot to make smartwatches distinct from fitness trackers,” he says.