MSLO Gets Most Revenues From Licensing 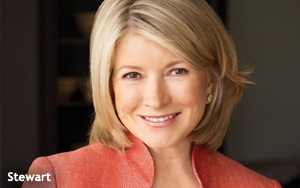 Judging by its most recent quarterly results, Martha Stewart Living Omnimedia is now basically a bran-licensing outfit following its long-term deal with Meredith Corp., which gave the latter responsibility for business operations at its publications.

Within that figure, publishing revenues dropped from $15.8 million to $5.3 million, while merchandising revenues slipped from $13.7 million to $11.7 million. The latter decline reflected the expiration of deals with The Home Depot, partially offset by increased revenues from MSLO’s partnership with PetSmart.

In proportional terms, merchandising revenues now make up exactly two-thirds of the company’s total business, compared to 46% in the third quarter of 2014.

MSLO’s reinvention as a licensing and merchandising company is proceeding through a planned merger with Sequential Brands Group, a global retail licensing business spanning a variety of consumer brands in categories including home, fashion, lifestyle, and active pursuits.

Under the terms of the deal, announced in June, Sequential is buying MSLO for $353 million. Although MSLO founder and domestic icon Martha Stewart will continue serving as chief creative officer, as well as joining the Sequential board of directors, the acquisition represents the end of MSLO as an independent company.

The latest results illustrate how far the company has declined since its heyday in the middle of the last decade.

At its peak in 2007, MSLO’s total revenues, spanning publishing, merchandising and the now-defunct broadcast category, came to $328 million. By 2014, its last as a standalone company, revenues had fallen 57% to $142 million. For the first nine months of this year revenues are down 48% to $52.9 million — again reflecting the Meredith deal.