Surprise: FDA To Review Use Of 'Natural' Food Claim 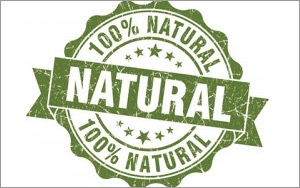 The Food and Drug Administration has surprised the food and beverage industry and consumer advocates alike by announcing that it will begin taking public comments on use of the term "natural" on food labeling, starting Nov. 12.

The agency has never formally defined "natural," and has long gone to considerable lengths to avoid the thorny issues surrounding "natural" claims. Those have multiplied and become even more contentious as genetically modified organisms (GMOs) have joined the long list of ingredients and processes that have been cited in hundreds of class action suits challenging food and beverage makers' use of "natural."

Experts, who expect a deluge of comments from all sides, were taken off guard, since the FDA "had earlier declined to act on petitions and court referrals to address the issue," David Biderman, partner in the consumer class action defense practice at Perkins Cole, noted to FoodNavigator.

Biderman echoed others in calling the FDA's action "big news." Although taking input doesn't necessarily mean that the FDA will issue a formal definition of "natural," never mind decide to forbid use of the claim on food and beverage labels, it's a bold move that logically implies that the agency wants to clarify its stance.

In its announcement, the FDA said that it is asking for information and comments in response to the "changing landscape of food ingredients and production, and in direct response to consumers who have requested that the FDA explore the use of the term 'natural.'"

It said that it's received three citizen petitions asking it to define the term for use on food labels, and one asking it to prohibit use of the term, as well as requests from courts for administrative determinations. (Last year, three judges handling civil cases challenging the use of "natural" for consumables containing GMOs asked for such determinations, according to FoodNavigator.)

The agency took pains to state that while it has not engaged in rulemaking to establish a formal definition, it has a "longstanding policy" concerning use of the term on food labels. It cited its wording in non-binding guidance (issued in 1993), saying "the FDA has considered the term 'natural' to mean that nothing artificial or synthetic (including all color additives regardless of source) has been included in, or has been added to, a food that would not normally be expected to be in that food."

The FDA's site states: "From a food science perspective, it is difficult to define a food product that is 'natural' because the food has probably been processed and is no longer the product of the earth. That said, FDA has not developed a definition for use of the term natural or its derivatives. However, the agency has not objected to the use of the term if the food does not contain added color, artificial flavors, or synthetic substances."

The FDA didn't mention GMOs (or legislation passed by Vermont and other states requiring GMOs' disclosure on labels), but did acknowledge in its announcement that its "policy" on "natural" was "not intended to address food production methods, such as the use of pesticides, nor did it explicitly address food processing or manufacturing methods, such as thermal technologies, pasteurization, or irradiation." It added that the policy "also did not consider whether the term 'natural' should describe any nutritional or other health benefit. "

The FDA's sister agency, the U.S. Department of Agriculture, does have a formal, working definition for “natural” for the meat and poultry products that fall under its regulation, and some contend that the FDA should simply adopt that. According to the USDA's site, it defines natural products as those “containing no artificial ingredient or added color” and “only minimally processed.” It states that minimal processing means that the product “was processed in a manner that does not fundamentally alter the product," and that the label "must include a statement explaining the meaning of the term natural (such as 'no artificial ingredients; minimally processed)."

With people more concerned than ever about what they're consuming, the use of "natural" — a powerful but now increasingly suspect marketing tool — has become the proverbial double-edged sword for manufacturers.

Many consumers are willing to pay more for foods perceived as healthy, and as of last year, Mintel was reporting that two-thirds of U.S. adults think that foods labeled "natural" are healthy. (Research also continues to show that many consumers confuse "natural" with "organic.") However, only a third said that they trust the "natural" claim.

A growing number of manufacturers, restaurant chains and retailers have been pressured into dropping the "natural" or "all-natural" claim by class actions by the Center for Science in the Public Interest and others. Brands changing their claims on some products have included Nature Valley, 7Up, Capri Sun, Crystal Light, Edy's, Dreyer's, Izze, Pop Chips, Kashi and Trader Joe's, among others.

Between lawsuits and consumers' growing skepticism, use of "natural," while still common, has been declining — though more in other countries than in the U.S. According to Euromonitor International, 22% of U.S. product launches bore "natural" claims in 2013, down from 33% in 2007; whereas just 6.3% of global product launches bore such claims in 2013 (down from 8.8% in 2007).

Both legal pressures and the growing "clean" eating trend are also clearly pushing U.S. food manufacturers in the direction of dropping "natural" in favor of labeling stressing what is not in their products (no artificial ingredients, sweeteners, gluten and so forth).

The Food Labeling Modernization Act, introduced in 2013 in the House by Rep. Frank Pallone (D-N.J.) and Rep. Rosa DeLauro (D-Conn.) and in the Senate by Sen. Richard Blumenthal (D-Conn.), would prohibit the use of the word "natural" on a food that includes any synthesized ingredient, or any ingredient that has undergone chemical changes such as corn syrup, high-fructose corn syrup, high-maltose corn syrup, maltodextrin, chemically modified food starch, or alkalized cocoa. The bill (which has had limited visibility since it was referred to Congressional committees for consideration) also called on the FDA to develop a more encompassing definition of natural.

GMO issues alone, of course, have massive ramifications for the food chain and manufacturers. Most of the staple crops used in processed food in the U.S., including corn, soybeans and beet sugar, are grown from GM seed.

The Grocery Manufacturers Association has in the past stated its intention to push the FDA to define "natural" as including GM-derived ingredients, and is among the groups now leading intensive food and restaurant industry lobbying for federal legislation that would block state GMO labeling laws.