Judge Lifts Some Restrictions On TVEyes 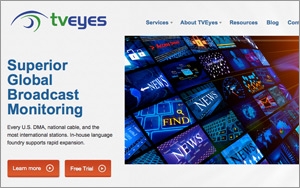 But other terms of the order -- including a requirement that TVEyes prohibit subscribers from downloading clips -- are still slated to take effect on Dec. 14.

Both TVEyes and Fox News asked Hellerstein to stay portions of his order while they appealed his earlier rulings in their copyright battle. The dispute between TVEyes and Fox dates to 2013 when the broadcaster alleged that TVEyes' $500-a-month service infringed copyright. TVEyes enables its paying subscribers to search for television programs by keywords, view snippets and download and share clips.

The Web-based TVEyes says its service is protected by fair use principles.

Hellerstein has issued several mixed rulings in the dispute. Last year, he said TVEyes' indexing and clipping service was a fair use because it serves a different function from the original broadcasts. Hellerstein noted in that ruling that TVEyes' customers include the White House and the U.S. Army.

Several months ago, Hellerstein also ruled that a TVEyes feature that allows users to archive clips for later viewing is a fair use. But he said in that decision that the service isn't protected by fair use when it enables subscribers to download the programs.