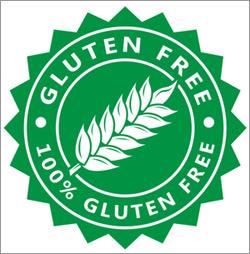 Nearly half of Americans (47%) think that gluten-free diets are a fad, yet 25% report that they eat gluten-free foods — a 67% increase versus 2013, according to new research from Mintel.

More than a quarter (27%) of consumers who report eating some gluten-free foods look for gluten-free labels on packaging. But trust in such claims has decreased somewhat: 45% of consumers now say they trust that products bearing a gluten-free claim are actually gluten-free, down from 48% in 2014. And another 45% agree that manufacturers shouldn't label products "gluten-free" if they never contained gluten in the first place.

With large and small food manufacturers alike launching new gluten-free products or reformulating to be able to make the claim, it's perhaps not surprising that 90% of gluten-free food consumers say they are satisfied with available gluten-free food options, and 35% agree that the quality of these foods is higher than in the past.

In fact, 26% of consumers say they are willing to pay more for gluten-free foods.

Why are consumers who don't have celiac disease or a sensitivity to gluten buying gluten-free products?

Mintel's research confirms that consumers perceive foods with any free-from claim as being healthier and less processed. More than a third (37%) of consumers report eating gluten-free foods because they view them as better for overall health, and 16% say they eat them because "gluten is bad for you." In addition, 11% say they eat these foods because a healthcare professional suggested they eliminate gluten from their diet.

Other stats pointing to consumers viewing gluten-free as beneficial to overall health or well-being, rather than a fix for specific problems: 23% report eating these foods only some of the time, and the number reporting that they eat these foods to try to lose weight declined from 25% to 19% between 2014 and 2015.

Given that trust toward manufacturers’ labeling of gluten-free foods has dipped a bit, Mintel senior food analyst Amanda Topper suggests that food manufacturers consider communicating to consumers the steps that they take to ensure that their products are gluten-free.