Who Needs Traditional Marketing? Not Lululemon 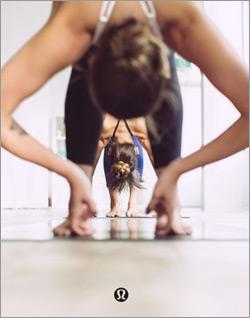 As the boom in yoga wear shows no signs of slowing, once-struggling Lululemon Athletica is regaining its balance. It says its fourth-quarter sales topped expectations, and better yet, “about 90% of our business was at full retail price,” says Laurent Potdevin, CEO. “It speaks to how well our product is resonating with our guests. People ask us 'Why don’t you do more traditional marketing?’ And we say, 'Why would we?’”

Potdevin made his remarks to investors at the ICR Conference, which was webcast.

For the fourth quarter, it now expects revenues to top $690 million -- a 15% jump from the prior year, led by high-single-digit gains in e-commerce and men’s as well as solid gains in women’s bottoms, offering more evidence that it has put its well-publicized product fiascos firmly in the past. And he says the Vancouver, B.C.-based company has completed its “evolution from being a founder-led company to one with a strong, diverse global leadership, and we are happy to have all that horsepower.”

Digital marketing efforts increased in the fourth quarter, “as we built digital muscle,” and resulted in high-quality sales, “which we haven’t even begun to optimize.” Going forward, he says the company will use this digital culture “to amplify our graphic messaging in a more powerful way.”

In part, Lululemon is benefitting from the world’s ongoing love affair with activewear -- especially yoga pants, increasingly worn by those who have never met a downward-facing dog. The NPD Group says annual sales of women’s activewear jumped 21% to $18.5 billion.

But it’s also riding the wave of true yoga enthusiasm. The just-released 2016 Yoga in America Study, from Yoga Journal and Yoga Alliance, says that the number of people practicing yoga in the U.S. has jumped 50% to more than 36 million since 2012, with annual spending climbing from $10 billion to $16 billion on classes, clothing and equipment.