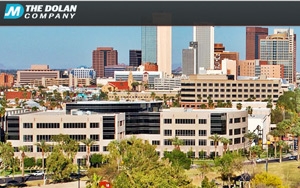 Dolan is made up of 39 print and online publications and publishes news for the legal, financial, real estate and government affairs sectors in the 17 markets it serves across the U.S.

Reinebach stated the Dolan brands have retained “a loyal base of paid subscribers” and has been able to build a high level of engagement with these communities.

In December 2015, GateHouse acquired Dolan Publishing, which includes titles like the Daily Record and Lawyers Weekly.

Previous to this appointment, Reinebach launched and led Responsive Partners, a digital consultancy specializing in B2B turnarounds. Reinebach also served as EVP, managing director at SourceMedia and was a vice president at Thomson Financial.

Reinebach started his B2B media career as a reporter for Investment Dealers’ Digest.

In September 2013, GateHouse filed Chapter 11 bankruptcy in order to emerge in November under a new holding company, New Media Investment Group Inc. The new venture had a dedicated mission: acquisitions.

In March 2015, Gatehouse Media bought the Las Vegas Review-Journal, but then sold the newspaper in December to News + Media Capital Group. Under the terms of the deal, Gatehouse Media continues to manage the day-to-day operations of the LVRJ.

GateHouse Media is one of the largest publishers of locally based print and online media in the U.S., with 125 daily publications. The company reaches over 22 million people on a weekly basis.