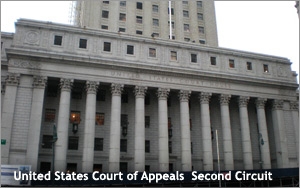 A federal appellate court has upheld a contempt finding against FilmOn and its CEO, billionaire Alki David, for continuing to operate a streaming TV service after the U.S. Supreme Court ruled that a similar service offered by Aereo infringed TV broadcasters' copyrights.

FilmOn, like Aereo, operated a streaming TV service that drew on individual mini-antennas to capture programs and stream them to users on an antenna-to-user basis. That multiple-antenna technology -- which the appellate division refers to as a "teleporter system" -- was initially considered legal in New York, Vermont and Connecticut, on the theory that each stream was a private performance.

In June of 2014, the Supreme Court ruled that Aereo's transmissions were public performances regardless of the company's back-end technology. The Supreme Court said in its ruling that Aereo resembled a cable system, and therefore couldn't publicly transmit programs without a license.

Aereo suspended operations three days after that decision, but FilmOn didn't stop using its multiple-antenna system to stream unlicensed television programs until around July 8 -- nine days after Aereo did so. (FilmOn still streams programs in the public domain, and shows that it licenses.)

The appellate panel found fault with FilmOn's decision to continue streaming programs without licenses after the Supreme Court ruled against Aereo.

"Rather than following Aereo Inc.’s lead and suspending operations, however, FilmOn cavalierly doubled down and continued deploying the Teleporter System throughout the Second Circuit with plans to expand," Hall wrote.

The ruling affirmed Buchwald's finding that FilmOn violated a 2012 order against an earlier incarnation of the company. That matter also stemmed from allegations that FilmOn infringed copyright by streaming programs online, but before FilmOn was using the multiple-antenna technology at the center of the lawsuits involving Aereo.

FilmOn argued that it believed in good faith that the 2012 injunction didn't prohibit it from using the multiple-antenna technology. FilmOn also said it believed it was entitled to a cable license as a result of the Supreme Court's rationale for ruling against Aereo. The court said in its decision that Aereo's platform was "for all practical purposes a traditional cable system."

The appellate court rejected FilmOn's arguments on those points. The judges wrote that even though the Supreme Court decision in Aereo may have changed the landscape, FilmOn's response "was not a diligently reasonable attempt to comply" with the injunction.

"The only prudent decision would have been to approach the District Court and argue that the law had changed in FilmOn’s favor. FilmOn took no such act," the appellate panel wrote.