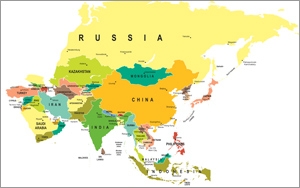 While they come from different verticals, Sports Illustratedand Bloomberg Media have one big thing in common: they’re looking to Asia as a major growth market.

This week, SIrevealed plans for a major sports broadcasting and digital content network spanning Asia, while Bloomberg Media CEO Justin Smith told an audience in Hong Kong the business news and information company is betting big on the world’s most populous continent.

SI announced a new partnership with ASN Ltd., based in Hong Kong, to transform two of ASN’s pay-TV sports channels, Pan-Asian ASN and ASN2, into the new Sports Illustrated and Sports Illustrated 2 broadcast and digital content networks, set to debut in spring of this year.

The deal includes the network’s companion Web sites and mobile apps, which will also be rebranded to become the “Home of American Sports in Asia.”

SI and ASN will also collaborate to develop daily programming and provide coverage of global sporting events, with content to be distributed via linear broadcast TV, subscription video on demand, Internet-connected OTT, mobile and other digital platforms.

ASN already has the rights to a variety of U.S. sports programming, including the NFL, NHL, NCAA football and basketball, March Madness and NASCAR.

Also this week, Bloomberg Media CEO Justin Smith told the audience at Campaign Asia-Pacific’s Media360 Summit in Hong Kong that Asia figures large in Bloomberg’s global growth strategy. Smith noted: “Bloomberg is leaning forward into Asia.  Bloomberg is now the top business site in Asia, we overtook WSJ. The challenges are similar. While the platforms are not identical to the ones in the States, it's still about capturing the mobile mindshare and the ad spend.”

However, Smith also acknowledged the particular hurdles associated with the variegated Asian media landscape: “The difference lies in different sets of platforms based on different realities. Fundamentally, we’re bullish. However, we do regard the platform threat in Asia as significant as it’s different market by market.”