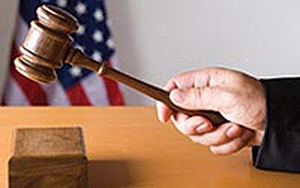 In a victory for AT&T, a federal judge has granted the company's request to send a lawsuit over its data-throttling practices to arbitration.

U.S. District Court Judge Edward Chen said in his ruling that the wireless consumers who are suing AT&T all signed contracts that call for arbitration of disputes on an individual basis.

Chen's ruling, quietly issued last week, means that AT&T won't face a class-action for allegedly duping people by selling them "unlimited" data plans, but throttling them after they hit a monthly cap. The consumers can still proceed with individual arbitrations, but doing so often is prohibitively costly.

The battle stems from AT&T's 2011 decision to start throttling subscribers with "unlimited" smartphone data. That move also is at the center of a lawsuit brought against AT&T by the Federal Trade Commission; that case is currently pending in federal court.

From 2011 until 2015, AT&T allegedly throttled more than 3.5 million customers who exceeded monthly allotments of 3GB or 5GB, depending on their phones, according to the FTC. (AT&T recently revised its throttling practices and now only slows down customers who exceed 22 GB in a month; the company also now only throttles those users when the network is congested.)

The telecom says it implemented the throttling policy after Apple's introduction of the iPhone sparked a surge in mobile broadband use.

AT&T is arguing that the FTC has no jurisdiction to proceed, because broadband is now classified as a "common carrier" service. The FTC has no authority over common-carrier services.

Chen rejected AT&T's position, ruling that broadband wasn't considered a common carrier service until the Federal Communications Commission enacted net neutrality rules in 2015. “Once the Reclassification Order of the Federal Communications Commission ... goes into effect, that will not deprive the FTC of any jurisdiction over past alleged misconduct as asserted in this pending action,” he wrote.

AT&T appealed that decision to the 9th Circuit Court of Appeals, which is expected to hear arguments about the matter in June.