On Soaring Sales, Ulta's On An Expansion Binge 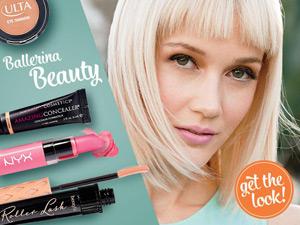 While many brick-and-mortar retailers have been singing the blues, Ulta is currently red-hot. The Bolingbrook, Ill.-based chain says its fourth-quarter sales climbed 21.1% to $1.27 billion, up from $1.05 billion in the same period a year ago. Comparable-store sales jumped 12.5%, and net income climbed 23.6% to $107.8 million, $87.3 million in the fourth quarter of fiscal 2014.

And both brands are facing stepped-up competition from Macy’s, which last year acquired Blue Mercury, another specialty beauty retailer with in-store spa services. It opened 15 new stores last year, and plans to open 42 new locations this year, including 18 inside existing Macy’s collections.

Ulta, which increased its marketing spending to build brand awareness and beefed up store personnel to make for a better experience, says the sales gains were powered both by more shoppers, with an 8.6% growth in transactions, and larger transactions, with the average basket-size rising 3.9%. And customers are also loving the in-store salons, which showed a comparable sales growth of 9.2%.

For the year ahead, it says it expects to achieve comparable sales growth of between 8% and 10%, which includes a 40% increase including the impact of the e-commerce business, and open 100 new stores.

“We continue to benefit from the powerful combination of strong demand in the beauty category,” says CEO Mary Dillon, in its earning release, “and Ulta Beauty’s highly differentiated offering that propels our business to transcend prevailing trends across the retail landscape.”