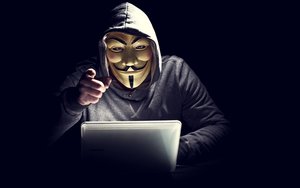 Social media companies have a significantly higher Domain-based Message Authentication, Reporting and Conformance (DMARC) adoption rate when compared with other industries, according to a recent report by Return Path.

DMARC adoption rates have steadily increased since it was first introduces in 2012, and 29% of global companies now have some DMARC security measure in place according to Return Path’s study. DMARC adoption rose year-over-year from 22% in 2015.

The data and email solutions provider analyzed the published DMARC record of over 1,000 global brands, across 31 different countries, to investigate DMARC adoption rates by region and industry.

On the opposite side of the spectrum, only 8% of healthcare companies have adopted DMARC.

“In less than three years, the DMARC standard has reshaped the email fraud landscape, disrupted longstanding phishing strategies, and forced cybercriminals to abandon preferred targets,” states Robert Holmes, general manager of email fraud protection at Return Path. “Today, DMARC is still the best remedy in the fight against phishing and spoofing. As its implementation continues to spread outward from its early adopters, it has the potential to nullify an entire class of fraud within the next few years.”

As DMARC adoption rates continue to rise, it will become increasingly important for email marketers to incorporate the DMARC authentication process into their email marketing campaigns.

Marketers who implement DMARC see higher deliverability rates overall because their messages are considered safe by email providers due to the systems in place to detect spoofing.