In The Shower, Axe Knows Everyone Is Brilliant 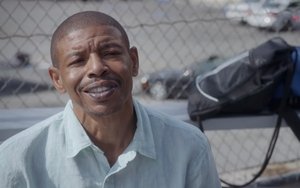 Axe, still in the midst of its #FindYourMagic campaign, is kicking off a new video series that celebrates the creative thoughts men think while showering.

The first video in “Shower Thoughts,” which also manages to harness the brilliance of basketball great Muggsy Bogues, aka the shortest man to ever play in the NBA, sets up the series premise, which is that too many fabulous ideas get washed down in the drain. Unilever says the effort stems from research that finds that 91% of men think showers help them feel calmer and relaxed, and that 78% say it’s where they do some of their best thinking.

“The shower is more than just a place to get clean. It’s a place to drown out the distractions in your life – where you can relax, recharge, and do some of your best creative thinking,” Matthew McCarthy, senior director of Axe and men's grooming for Unilever, tells Marketing Daily. “We want guys to claim those thoughts and act on them so they can celebrate the ‘thing’ that makes them unique.”

The effort supports the introduction of Axe’s Black Body Wash with Relaxing Fragrance for Body and Mind, which it says reflects the more sophisticated vibe it’s been striving for, with a blend of bergamot, frozen pear, moss and cedarwood, at a time when aromatherapy claims are especially important for winning sales.

The video series represents a shift in tone for the brand, while continuing to embrace the notion of embracing one’s best self and the world around them, McCarthy says.

The company says it plans to follow this one with two additional videos, which feature actor/musician/YouTube personality Chester See, who finds that tubas are the coolest instruments, and Brendan (“Pretty Little Liars”)  Robinson with a lesson in standout style.

Unilever worked with Defy Media (owner of brands such as Smosh and Screen Junkies) to create the videos, which will be seen on Axe’s YouTube and social channels, as well as on Defy properties “as a way to reach the Axe guy directly in the places he already visits each day,” McCarthy says.

The brand has also partnered with poet and author Carlos Andres Gomez (“Man Up: Reimagining Modern Manhood”) to work on challenging outdated stereotypes of modern manhood, McCarthy says. Axe, which says it holds the No. 1 spot for male body washes, says it hopes the videos further the #FindYourMagic campaign, especially conversations about “self-expression, authenticity and individuality.”

While sales growth in the overall soap, bath, and shower products market has been slow, according to market researcher Mintel, shower gels like this one continue to erode bar soap sales. It says sales of liquid body washes have grown 16% between 2013 and 2015.

Going forward, Mintel predicts that the market will continue to be sluggish, and forecasts total market gains of 13% between 2015-20, to $6.4 billion. The largest increases will likely come from liquid body wash, which now accounts for about 47% of sales. Bar soap has shrunk to 30%. Increasingly, it says consumers expect liquid body wash to provide some premium benefits, such as aromatherapy.

Sarah Mahoney contributed to this story.