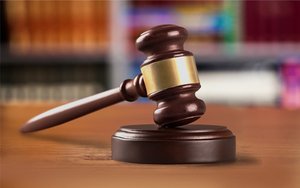 In a victory for Facebook, a federal judge has dismissed a consumer's lawsuit accusing the company of violating an anti-spam law by sending unwanted text messages.

U.S. District Court Judge Jon Tigar in San Francisco said in a ruling issued last week that the complaint against Facebook didn't contain enough facts to support the allegation that it used an automated dialing system to send text messages.

The ruling stemmed from a lawsuit filed last March by Noah Duguid, who alleged that Facebook repeatedly sent him unwanted text messages.

Duguid, who says he has never signed up for Facebook, alleged that the company repeatedly notified him via SMS that his account had been accessed. Duguid's carrier apparently reassigned him a phone number previously used by a Facebook member.

He alleged that the company violated Telephone Consumer Protection Act, which prohibits companies from using automated dialers to send text messages to people without their consent.

Facebook urged Tigar to dismiss the lawsuit for several reasons, including that Duguid's written complaint didn't include enough facts to support the conclusion that Facebook used a robo-dialer to send the messages.

Tigar agreed with Facebook on that point. "Plaintiff’s allegations do not support the inference that the text messages he received were sent using an ATDS (automatic telephone dialing system)," Tigar wrote.

Tigar did not rule on Facebook's other arguments, including its position that messages regarding log-ins are protected by free speech principles. Facebook had argued that imposing liability on it in this situation could discourasge a wide range of constitutionally-protected communications."

That contention drew a response from the Justice Department, which argued that the log-in notifications are "commercial speech," and therefore subject to more regulation than purely editorial speech.

Tigar dismissed the lawsuit without prejudice, meaning that Duguid can attempt to beef up the allegations and try again.