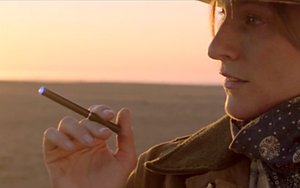 Charlotte, N.C.-based Blu, an innovator on the electronic vaping scene, on Monday launched a new global campaign called “Just You & Blu,” focusing on the U.S., UK, France and Italy.

It consists of 90-, 60- and 30-second films in addition to simple and timeless black-and-white imagery. The first phase focuses on individuals — a motorcyclist, a comedian, a drag queen, a model and a pilot.

Media buys include TV, cinema, print and outdoors as well as digital and social content.

Along with campaign, Blu has expanded its international presence through online store launches. The next generation of Blu products is available in the U.S., UK, France and Italy -- including upgraded performance, added personalization and new packaging.