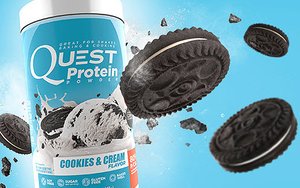 U.S. consumer product goods sales growth accelerated to 3.1% last year — the strongest growth since 2012, and a significant gain over 2014’s 2.3% rate, according to the fourth annual CPG industry report from The Boston Consulting Group and IRI.

The small/midsize growth was driven largely by these companies’ ability to gain wider distribution for their products, according to IRI data. Of course, some of these companies have powerful partners or investors. Fairlife is distributed by The Coca-Cola Company, for instance.

Snack, tobacco, beverage and food companies with leading shares in the convenience store channel — including Altria, PepsiCo, Red Bull, Mars and Constellation Brands — benefitted from a sales surge in that channel last year, thanks to lower gas prices and lower unemployment. The convenience channel’s 6.9% growth significantly outpaced all other channels’ 3% growth. As a result, while C stores accounted for 18.7% of all measured-channel sales, they contributed 39.6% in terms of growth.

Healthful or “mindful” snacks and meals, along with high-protein offerings, were dominant growth drivers across CPG food and beverage makers of all sizes.

Another continuing, dominant trend is the demand for convenient foods and beverages. That resulted in big growth for many ready-to-eat products in individuals portions, including snacks, fruit and portable prepared meals.

While most of the fastest-growing large companies also offer healthy foods and beverages, “indulgent” products still drive much of their growth, point out the analysts.

Also note that Hostess Brands, Red Bull and Johnsonville Sausage are among the fastest-growing midsize company.

Outside of the food/beverages and tobacco sectors, the top-growth companies are dominated by pharmaceutical manufacturers. The high performers are succeeding largely by bringing prescription drugs to the over-the-counter market, according to the analysis. For example, Pfizer and GlaxoSmithKline began marketing nonprescription Nexium and Flonase, respectively, and Teva Pharmaceuticals introduced an OTC contraception product.