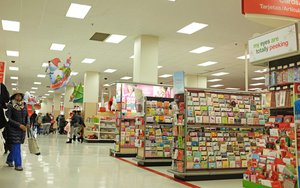 Devoted shoppers may spend hours hunting for bargains online. But new research from the Massachusetts Institute of Technology finds that much of the time — about 72%, in fact — prices are identical to those in stores. Prices are most likely to uniform in categories like clothing and electronics, and less apt to be the same in drug stores and office supplies.

“We suspected this would be true, but we had no way of documenting it until now,” says Alberto Cavallo, an information technology professor at MIT’s Sloan School of Management, who led the research. Cavallo’s study compared 56 big multi-channel retailers, excluding Amazon and eBay, in 10 countries. The retailers were selected because it’s where most of the world’s e-commerce buys happen. Some 370 people then scanned barcodes and collected prices for a random set of between 10 and 50 items.

Some countries are also more likely than others to have this kind of price parity, with 91% of items priced identically in Canada and the U.K., and just 42% of those in Brazil. In the U.S., it’s 69%, close to the study average.

Cavallo is an economist, and undertook the research as part of MIT’s Billion Prices Project, to make it easier to statistically gather reliable price data for price indexes. “So this is good news for people like me, when we build an inflation index, for example,” he tells Marketing Daily. “But the study is also good information for consumers who suspect that retailers systematically use “dynamic pricing” on the Internet as a way to discriminate against certain people. And we found that is not the case for large retailers.”

He says the study makes it clear that for large retailers, “the web is just an extra channel,” not a different one. And that means when consumers choose to shop that way, they can base their decision on factors like selection and convenience, and not on price.