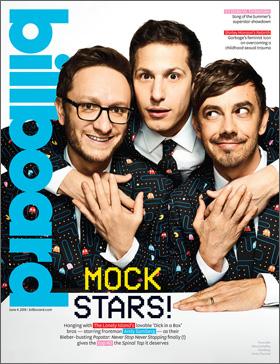 Billboardis expanding its brand licensing initiatives for products and retail across Europe, the Middle East and Africa (EMEA), with the help of a new deal with CPLG.

CPLG, an entertainment, sports and brand licensing agency, will “amplify” Billboard’s international portfolio of consumer product categories, per a statement.

Steve Manners, executive vice president of CPLG, said it would introduce a new audience to the magazine, letting the global music brand "connect with their loyal followers through the launch of consumer products.”

The licensing agreement will help Billboard identify companies to work with and determine which products will be appealing in the EMEA region, Allan Johnston, EVP of operations and chief of staff for Billboard and The Hollywood Reporter, told Publishers Daily.

Those merchandise categories could include apparel and accessories, audio and electronics, stationary, food and beverage items, toys and games and music compilations.

Johnston said the partnership is just the beginning of "exciting opportunities"  in EMEA.

“We have a great opportunity to leverage our brand awareness and leadership position as the leading authority in music in this region,” Johnston said. “Until now, we hadn't focused on extending our brand through retail licensing in this part of the world.”

He added that EMEA seemed like the right choice, given “the strength of our brand and the influence and importance of music in this area.”

The partnership is the latest in Billboard’s recent international expansion through brand licensing.

Earlier this year, Billboard appointed IMG as the brand’s licensing agent in Asia.

In April, Billboard and fashion retailer Oxygen partnered to create the brand’s first apparel collection, which debuted in the Philippines. Billboard Thailand was also launched this year.