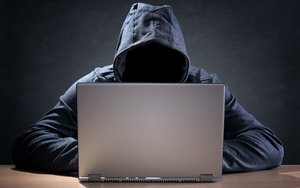 Citing concerns that online ad fraud will result in higher prices for consumers, two lawmakers are asking the Federal Trade Commission what steps it's taking to address fake traffic on the Web.

The senators add that many bots are "advanced enough to analyze consumer web activity in order to retarget advertisements based on individual browsing preferences."

The letter cites a well-publicized study by White Ops and the Association of National Advertisers, which found that ad fraud will cost advertisers $7.2 billion globally this year.

The lawmakers ask the FTC numerous questions, including how to "reform opaque advertising exchanges" and what steps the agency is taking "to protect consumer data and mitigate fraud within the digital advertising industry."

Other queries include whether the FTC has observed trends in ad fraud, and what can be done "to more closely align the incentives of ad tech companies with publishers, advertisers and consumers."

"It remains to be seen whether voluntary, market-based oversight is sufficient to protect consumers and advertisers from digital advertising fraud," the lawmakers write. "And in the interim, consumer confidence in digital advertising markets has eroded, as evidenced by user adoption of ad blocking tools."