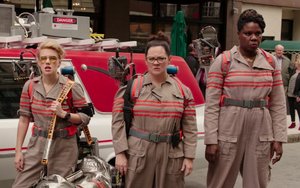 Junkets with professional journalists have worked for movie marketing in the past, but with more and more people connecting with each other (and those in the know) online and one-to-one, the production companies are looking to step up their game.

For the international launch of three of its upcoming titles (“Ghostbusters,” “The Magnificent Seven,” and “Inferno”), Sony Pictures Entertainment brought 15 social media influencers from around the globe to participate in a week-long event — which included customized Snapchat geofilters, a scavenger hunt, and a world-record-setting red carpet event — to build buzz for the films.

“Our goal is to work together with these influencers to create genuinely great content for all their followers,” Aaron Wahle, senior vice president of international digital marketing for Sony Pictures, tells Marketing Daily. “Instead of promotions, which feel and look like adverts, our campaigns make everyone feel like they’re a part of it, whether you’re browsing through content on Instagram or a total fanboy or girl of the influencer and is viewing their content as a fan.”

The influencers-- chosen with an eye toward their global audience reach and content relevance and on platforms such as Facebook, YouTube, Instagram and Snapchat -- came from countries such as India, Taiwan, the UK, Mexico, Germany, the Netherlands and Russia. They were flown to Singapore to meet with the big names behind the films (such as Tom Hanks, Ron Howard, Melissa McCarthy, Paul Feig and Antoine Fuqua) with the hopes they would share content with their audiences in the run up to the movies’ releases.

“We’re in the business of epic content,” Wahle says. “Our team worked backwards, thinking about the perfect piece of content an influencer could post -- building our film elements into an atmosphere for influencers to produce the best piece content for their channels not the other way around.”

The effort marks the beginning of a new kind of launch activity for Sony Pictures Entertainment’s international digital marketing, Wahle says. “Engaging with this new generation of influencers who have a huge audience from the hard-to-reach Millennials is critical for us in marketing our blockbusters moving forward,” he says.