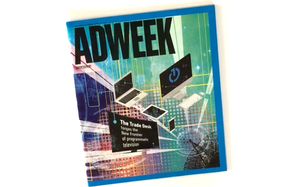 In a statement announcing the sale, Beringer Capital said it will “provide Adweek with the resources to expand its current editorial content.”

Adweek had been rumored to be on the block for several months. Its latest sale is part of a storied series of ownerships for the trade publication, which was founded in 1979 by MediaPost founder Ken Fadner and his partners, Pen Tudor and the late Jack Thomas.

Adweek became part of Mediabistro after its parent, Prometheus Global Media, acquired Mediabistro Holdings in May 2014 for $8 million in cash.

Prometheus was formed after Guggenheim Partners acquired Adweek and other trade publications from Nielsen Holding in 2009.

Adweek was acquired by Nielsen predecessor company VNU, as part of its acquisition of then Adweek parent Billboard Publications Inc., in 1994 for $220 million.
m&a, magazines
Next story loading