EIC Tan Nixed From 'Seventeen' While On Maternity Leave 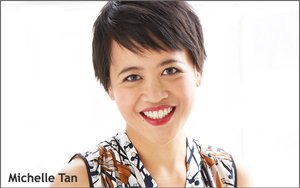 Seventeenmagazine editor-in-chief Michelle Tan was reportedly let go by parent company Hearst, while she was on maternity leave.

Tan was hired by Seventeen in Nov. 2014, to replace editor-in-chief Ann Shoket, who was let go when the magazine underwent an extensive restructuring.

While circulation has remained steady under Tan’s direction, newsstand sales have decreased sharply by 47% to 81,831, according to the Alliance for Audited Media.

And while Seventeen magazine’s digital efforts should attract droves of Gen Y and Gen Z teens, they have not proved fruitful.

From February to July, the brand’s Web traffic totaled 3.9 million unique visitors, according to comScore, up just barely from 3.7 million visitors compared to the same time last year.

Hearst has yet to make an official announcement on Tan’s departure or who will replace her.

According to posts on Glassdoor, a site made up of company reviews from employees, Hearst offers eight weeks of paid maternity leave.