Google Fiber Gets Boost In Nashville 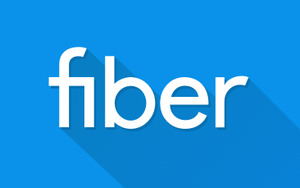 Lawmakers in Nashville, Tennessee on Tuesday preliminarily approved a measure that would make it easier for Google Fiber to offer its Gigabit broadband service to city residents.

The proposed law, dubbed "One Touch Make Ready," allows a single contractor to move all of the equipment on a pole, including equipment owned by incumbent broadband providers. The measure still has to clear additional hurdles before being enacted.

Google says the proposed law will enable it to more quickly offer Gigabit broadband service in Nashville, where more than 44,000 utility poles still need to be readied for Google Fiber.

Levendos wrote that the proposed bill "will reduce delay and disruption by allowing the necessary work to be done much more efficiently -- in as little as a single visit."

AT&T and Comcast, the current providers in Nashville, oppose the bill.

It's not clear whether they will sue the city, if the measure moves forward. But earlier this year, AT&T filed suit over a similar bill in Louisville, Kentucky.

AT&T, which owns many poles in Louisville, alleged in a complaint against the Louisville/Jefferson County Metro Government that the city law conflicts with Federal Communications Commission regulations regarding utility poles. That matter is still pending in federal court in Louisville.