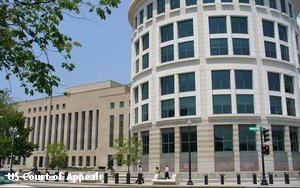 The rules, passed last year by the Federal Communications Commission, reclassified broadband access as a utility service and imposed common-carrier obligations on broadband providers. The regulations prohibit Internet service providers from blocking or degrading traffic, and from engaging in paid prioritization. The FCC also broadly banned providers from hindering Web users and content companies from connecting with each other online -- although the scope of that prohibition remains uncertain.

In June, a three-judge panel of the D.C. Circuit Court of Appeals upheld the rules. The panel specifically rejected Internet service providers' argument that the FCC lacked authority to classify broadband service as a utility.

The ISPs recently asked the appellate court for a new hearing in front of additional judges.

This week, the FCC filed papers opposing that request.

A coalition including Netflix, Dish and various advocacy groups like Free Press and Public Knowledge also opposes the request. They argue that the broadband providers haven't raised the kinds of legal issues that warrant a new hearing.

"An open Internet is important. But the legal questions raised in this case are ordinary," Netflix and the others say in a brief filed Monday with the D.C. Circuit Court of Appeals.

They also argue that the net neutrality rules haven't harmed broadband providers, noting that companies like AT&T and Yahoo have continued to invest in the Internet.

Netflix, Dish and the others specifically point to two examples. AT&T executive Joan Marsh recently said in a blog post that the company continues to deploy fiber. Also, Verizon recently agreed to purchase Yahoo for $4.8 billion "even though the rules prohibit [Yahoo] from favoring its own edge provider affiliates," Netflix and the others write.

"None of these continued investments would make sense if Petitioners had previously invested in reliance on the absence of Open Internet rules," they argue.

If the appellate court refuses to grant a new hearing, broadband providers can still seek to appeal to the Supreme Court. AT&T indicated in June that it would do so. “We have always expected this issue to be decided by the Supreme Court, and we look forward to participating in that appeal," AT&T general counsel David McAtee stated at the time.