Duracell Powers Light Sabers In Other Galaxies, Imaginations At Home 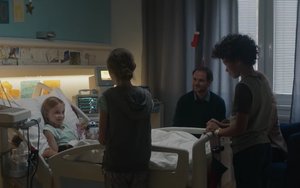 Apparently, the battery powering all those devices in a galaxy far, far away has a copper top.

For the second year of its tie-in with Disney’s Star Wars franchise, Duracell shows how it can empower imaginations at home with the iconic imagery of the films.

“Star Wars has ignited imaginations around the world for decades so we felt there was no better partner to bring to life Duracell’s benefit of long-lasting imaginative play,” Ramon Velutini, marketing director for Duracell, tells Marketing Daily. “Star Wars toys are going to be the most iconic and culturally relevant toys of the year, so we are thrilled to be partnering with them.”

A television commercial, which will air through the holidays, depicts children suiting up for battle in the Star Wars universe in their imaginations while creeping through the hallways of a hospital where they’re all patients in the real world. As they play out their fantasy, the commercial mimics the plot of the upcoming film, “Rogue One,” in which they deliver the Death Star plans to a new sick child on their ward in the form of an R2D2 toy. The commercial also includes an entreaty to donate to Children’s Miracle Network hospitals throughout the holidays.

“After visiting a couple of CMN hospitals, we saw first-hand the importance of imaginative play and the positive impact that it can have on children,” Velutini says. “Play allows kids to be kids even in very tough circumstances, such as when a child must be in the hospital. We felt compelled to tell their story.”

Duracell will also put its money where its mouth is, donating one million batteries to the Children’s Miracle Network this holiday season, Velutini says. “With this donation, we are ensuring that the 147 CMN hospitals have enough batteries to power all of the toys that bring joy to the kids in these tough moments,” he says.