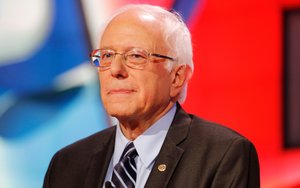 The deal "represents a gross concentration of power that runs counter to the public good," the influential Democrat says in a letter to the DOJ.

He adds that AT&T's role as a broadband and cable provider makes the deal particularly threatening. "When one giant company owns both the content and the means of distribution, there is a clear disincentive to provide additional choices to consumers."

AT&T has said the merger will enable it provide consumers with a a "stronger competitive alternative" to cable companies, while also enabling it to offer marketers "more relevant and valuable addressable advertising."

The FCC's net neutrality rules don't prohibit data caps or pay-per-byte billing. Instead, the agency said it intends to take a case-by-case approach to determining whether data caps hinder consumers' ability to use the Web.

Consumer advocates have asked the FCC to investigate data caps, and whether providers unfairly exempt some material from the caps, but agency hasn't yet publicly taken a position on the issue.