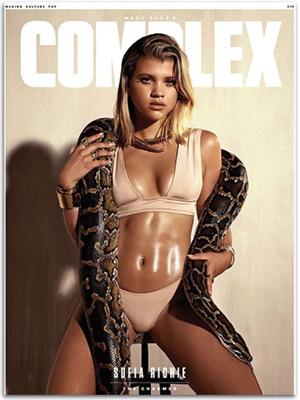 Pop-culture magazine Complex will shutter its print edition eight months after it was bought by Verizon and Hearst in a co-ownership deal.

The December/January 2017 issue currently on newsstands will be its last, after 14 years in print.

Earlier this month, Publishers Daily reported that Condé Nast was shutting down the print edition of Self after a 38-year run to go digital-only. In November, The New York Observerclosed its weekly print edition after nearly 30 years in print.

At the time, Neeraj Khemlani, co-president of Hearst Entertainment & Syndication, told The Wall Street Journal that Verizon and Hearst “have been trying to put together a strong portfolio of digital video brands for millennials.”

Over the last two years, Complex has transitioned from focusing on their digital magazine to a video-first approach, reaching over 50 million unique monthly visitors.

Shutting down the print edition of Complex is likely a move by Hearst and Verizon to focus resources on the publication’s video output.

"As Complex embarks on a rapid expansion of premium video creation across the company’s networks and with a growing list of distribution partners, the company is reallocating certain positions to address its content needs," the company told Billboard in a statement, adding that its “long-term plan” is to become “a leader in digital video entertainment.”

A spokeswoman told Folio that “less than 10%” of staff has been laid off as a result of the decision. Per Billboard, the cuts hit the magazine’s art, marketing and sales departments, as well as some editorial staff.