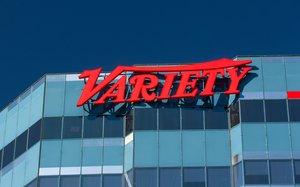 The studio will be run by Lawrence, as well as Variety vice president and executive editor Steven Gaydos.

The content studio already has a few projects under its belt. It produced a cross-platform video program for Amazon Studios, called “Films of Our Time,” which takes a deeper look at movies “Manchester By the Sea” and “Gleason,” both distributed by Amazon Studios.

According to the company, Variety's content studio has been contacted by advertising clients in the entertainment industry, as well as clients like Mercedes-Benz and Delta Airlines.

As part of the studio's launch, senior features editor David S. Cohen, at the helm of the brand’s “Artisans” video project, has been promoted to the newly created role of digital features director. The company has also hired Adrian Fulle as digital features producer.