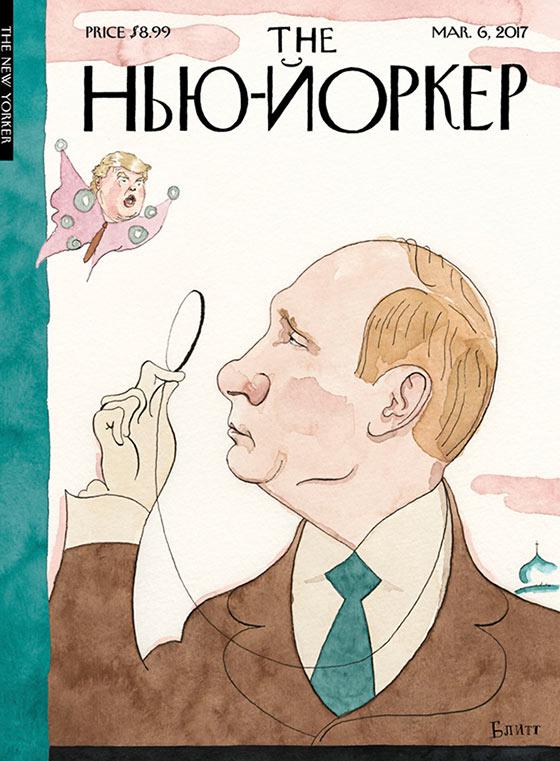 No, you’re not looking at a new Russian-language edition of The New Yorker -- as if!

Instead, the March 6 edition of the magazine recreated its venerable nameplate in Russian as part of a cover story imagining an alternative future based on Vladimir Putin’s perceived influence of the U.S. presidency.

The cover features an illustration by artist Barry Blitt recreating The New Yorker’s dandy Eustace Tilley mascot as “Eustace Vladimirovich Tilley and the lepidopteran under scrutiny is none other than a stunned Donald Trump.”

The cover comes a month after The New Yorker bumped a traditional Tilley treatment from its anniversary issue -- turning it over to a smoldering image of the Statue of Liberty’s extinguished torch -- and serves as the perfect cover treatment for the issue’s “Active Measures” story analyzing the Trump-Putin connection. 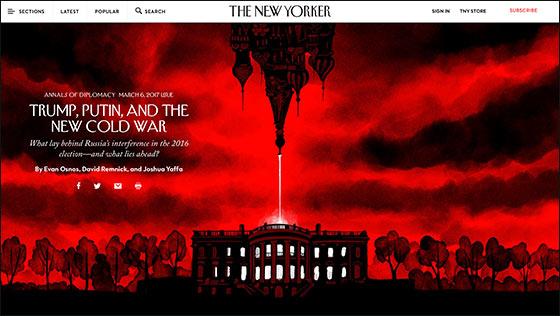