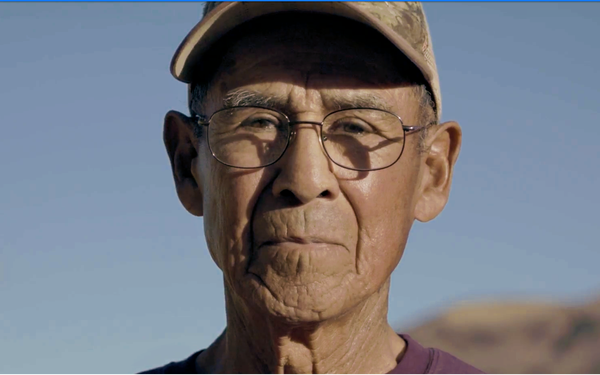 With Utah’s Bears Ears National Monument in the Trump administration’s crosshairs, Patagonia has come out swinging, taking out full-page newspaper ads in Western states to urge people to defend public lands. And the company’s president and CEO also fired off a letter to Ryan Zinke, secretary of the Interior, just as he kicks off a tour of national monuments this weekend in the Beehive State.

Patagonia says the ad is running in newspapers in Utah and Montana, urging readers to text their support for the 1.35 million-acre area, designated as a monument by President Barack Obama shortly before leaving office. Bears Ears has “more species diversity than Yellowstone National Park,” the ad says, as well as “greater ecosystem rarity than Grand Canyon National Park… President Trump is attacking your public lands.” (Patagonia’s previous ads, made before the executive order, focused on the area itself, and in a statement following the order, it said it would consider legal action to defend monuments.)

The letter to Secretary Zinke objects to the terms of President Trump’s executive order calling for a review of monuments and its 120-day window for deciding if monuments should be shrunk or rescinded “absurd….Given the unique and complex histories of each monument, there is simply no way to meaningfully review dozens of individual monuments in such a short period.” 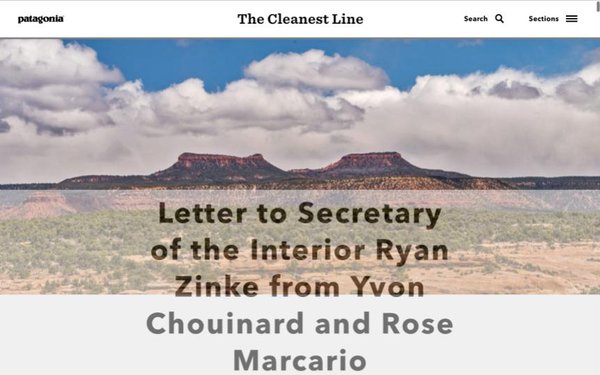 It also takes both Utah politicians and the administration to task for claims that opening public lands up to fossil fuel development would benefit local economies. “These lands are not ‘locked up,’ as the Trump administration has repeatedly declared — they are extremely productive.” It says the recreation economy drives $887 billion in consumer spending every year, and supports 7.6 million jobs, “more than oil, natural gas and mining combined. Rescinding or shrinking the National Monuments under review would significantly impact the strength of the outdoor recreation economy.”

The letter is signed by Yvon Chouinard, Patagonia’s founder, and Rose Marcario, president and CEO. 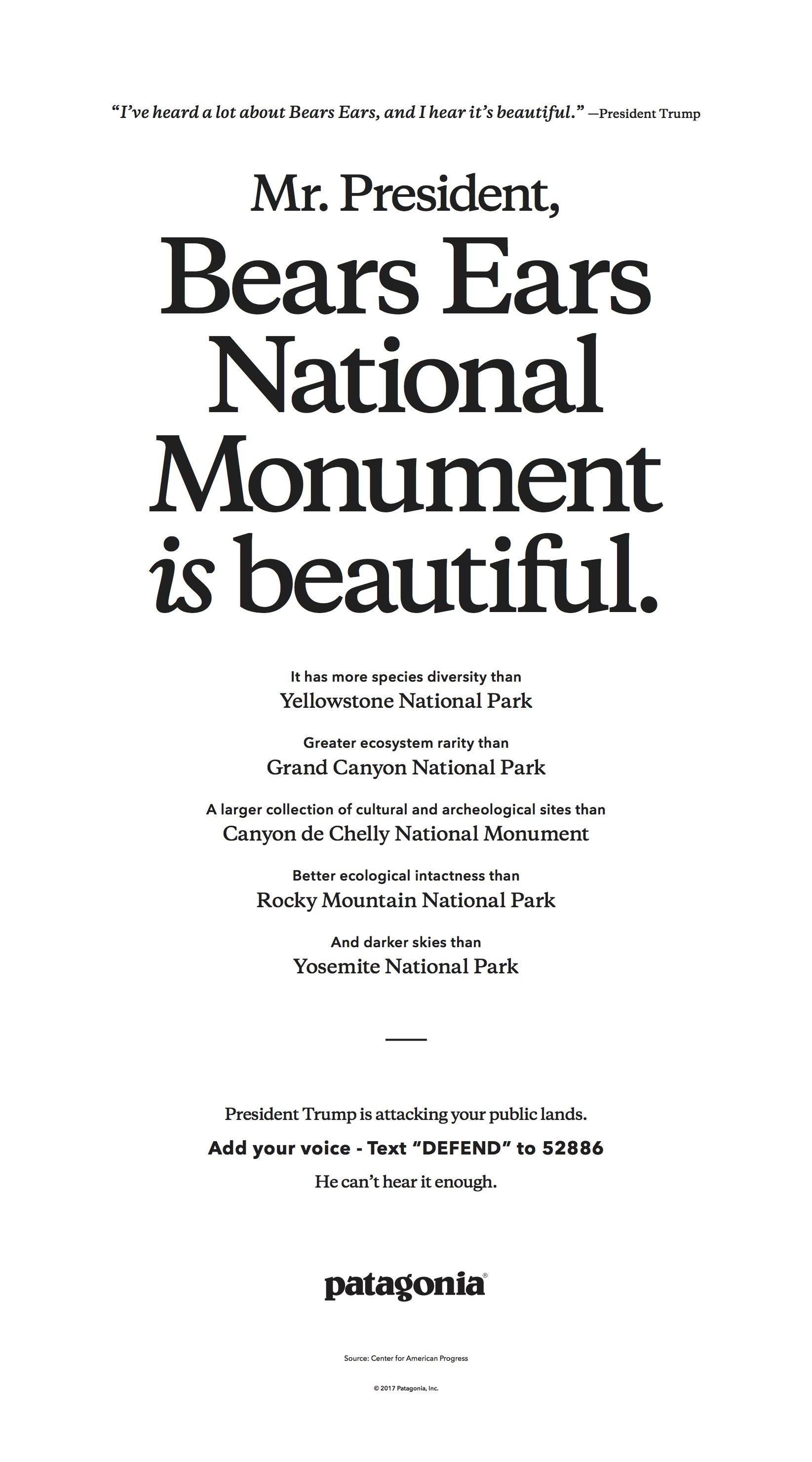 Utah’s politicians, especially Sen. Orrin Hatch, a Republican who pushed hard for the executive order, have been fierce in denouncing the monument designation a federal land grab, but local opinion is harder to read. A January poll from the Salt Lake Tribune-Hinckley Institute of Politics found 52% oppose the region’s monument status, while 34% are in favor of it.

Those numbers don't square with polling Patagonia cites in its letter, including a Colorado College poll, which says 68% of voters in seven Western states “prioritize the protection of land, water and wildlife for recreation on public land, compared with 22% who prioritized increased production of fossil fuels.”

Monument status has gotten widespread endorsements from tribal leaders, including Navajo, Ute and Hopi. Politicians have dismissed those as being driven by outsiders and environmentalists.

While there’s no telling yet if Patagonia’s move will spark a Trump tweet storm, other outdoor brands are taking a softer approach. Just after Trump signed the executive order, REI responded to the threat with a beautiful spot (see below) called “Our Public Lands,” now running on all its channels. A spokesperson for the retail co-op tells Marketing Daily that the video, which took just 24 hours to complete from concept to execution, “captures the sentiment of our position well. This goes beyond politics. It's about the American way of life.”