Adidas, Puma And Dunkin' Donuts Among Companies Contacted By FTC Over Instagram Ads 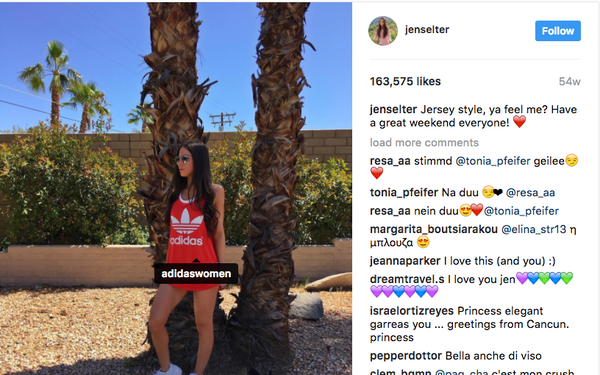 Dunkin' Donuts, Puma, Chanel and Adidas reportedly were among the recipients of recent letters from the Federal Trade Commission regarding influencer marketing on Instagram.

The companies' identities, along with those of celebrity influencers like Victoria Beckham, Vanessa Hudgens and Jamie Lynn Spears, were revealed Friday by the National Law Journal, which obtained the complete letters sent by the FTC in March.

The agency said last month that it directly contacted around 90 Instagram influencers and reminded them to disclose that whether their posts were paid promotions. At the time, the agency did not name the recipients.

The full text of the letters provides some specific guidance into the types of disclosures the FTC expects from Instagram influencers, according to Jeff Greenbaum, an advertising lawyer with Frankfurt Kurnit Klein & Selz.

For example, he says, the FTC said that merely thanking a brand may not sufficiently disclose that the post is a paid promotion.

"The FTC is trying to communicate to influencers that they believe consumers are not going to understand subtle clues," Greenbaum says.

The agency said in one of its letters that consumers "could understand a 'thank you' to simply mean that the person is a satisfied customer."

The FTC also told influencers and marketers that the hashtag "partner" isn't sufficient, and that the disclosure needs to appear in the first three lines of an Instagram post -- above the link people must click to see the entire post.