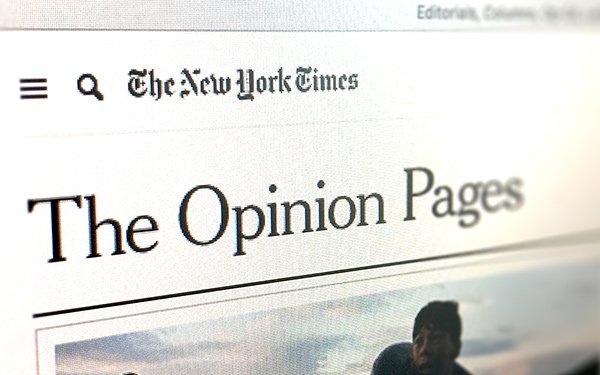 This is the second promotion in less than a year for A.G. Sulzberger, who was appointed deputy publisher in October. The moves are an effort to prep 36-year-old A.G. Sulzberger to one day take over The New York Times Company from his father.

Sulzberger Jr. wrote in a memo to staff: “As he did in the newsroom, I expect A.G. to safeguard Times values and standards even as he presses for new voices and new forms of opinion journalism that will help us deepen relationships with our loyal readers and form relationships with new readers.”

He noted A.G. Sulzberger will make efforts to "diversify and digitize our Opinion report.”

Editing the opinion section is no easy task, especially with the recent controversy surrounding Bennet's hire of conservative columnist Bret Stephens, which triggered some readers to cancel their subscriptions.

According to Politico’s Morning Media, the Times says 6% of cancellations since Stephens' hire was announced on April 12 have been related to him.

Sulzberger Jr. sent an email last week to those subscribers, explaining a diversity of opinion is important in the section and that it operates independently from the Times’ newsroom.

The headline has been updated to reflect A.G. Sulzberger will oversee, rather than edit section.
commentary, management, newspapers
Next story loading