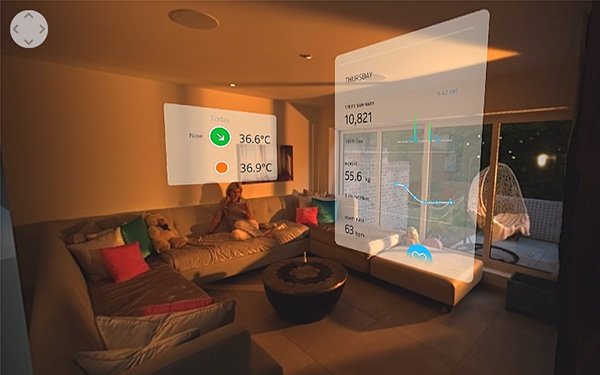 Virtual reality has been used for a number of applications and now commerce is moving into the picture.

Nokia is launching a marketing campaign labeled ‘Healthier Together’ to introduce its new line of digital health products. These include Nokia-branded smartwatches, connected scales, blood pressure monitors and other consumer health devices, being shipped to stores around the world.

As part of the campaign, Nokia Technologies and its agency, Brandwidth, created a VR spot to immerse viewers in a real home environment, with a ‘real’ family, using Nokia’s digital health products.

The twist is that beyond seeing the products in use by the family in the VR video, consumers can interact and make purchases directly through the VR experience, which portrays a family’s theoretical journey to be healthy together.

For example, the video shows the mother brushing her hair and then a digital overlay describes how she just used a smart hairbrush that can tell how healthy the person’s hair is. Then there’s the scale, which knows who is standing on it, and the $99 smart thermometer.

These items can be added to a shopping cart by tapping a symbol at the top right of the video.

A nice touch for Nokia is that the 360-VR video was shot and produced using its $40,000 Ozo+ VR camera and Creator software.

There’s also a behind-the-scenes video that shows how the spot was created and produced.

How many consumers will click through the pop-up to the Nokia health site to make purchases from within a VR experience is yet to be seen.

The video does, however, show via digital overlays just how much data can be captured and used in a connected households, all in real time, in front of very high-quality video.